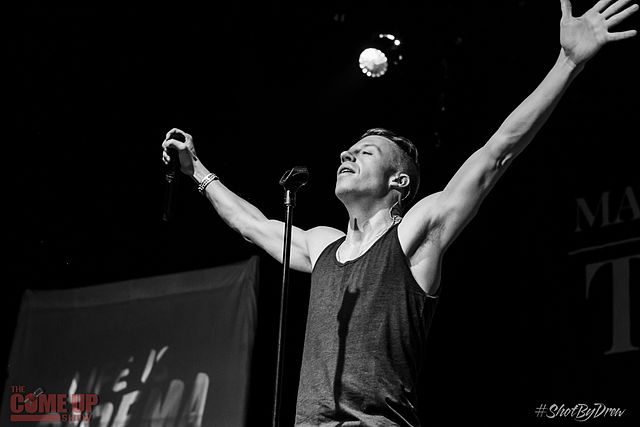 After stumbling upon Macklemore’s “White Privilege II,” I was excited to hear what he had to say. It felt like a direct application of the concepts that we had been learning in Contemporary Racism. The song directly references protest slogans from the Black Lives Matter Movement, police brutality, the double standard of hip-hop, and (of course) white privilege. He goes as far as to call himself out for the base of his fame from—and the history surrounding—cultural appropriation of Black music. Hell, he even goes as far as to include a Black artist, so that must mean he is doing some quality allyship work, right? Wrong. Much to my previous dismay, I have now accepted my disappointment that “White Privilege II” fails on some important points.

We must confront the fact that Macklemore is a white hip-hop artist that is profiting off of a song that confronts the struggles of white privilege. In the midst of his profits, he did not give the profits from the song to the Black Lives Matter Movement, an act that would directly help the hypocritical disparity that he addresses in “White Privilege II.” His profit from the song is paradoxical because, although he seems to be an ally by bringing awareness to these issues, he benefits from his own white privilege. Based on chapter 11 of Sue’s Race Talk, what is needed past “Integrative Awareness” is “Commitment to Antiracist Action,” a component lacking in Macklemore’s music. In the song he appears to make strides expressing his awareness of racism in America, however this does not make the shift into adopting a nonracist and antiracist identity. A fatal flaw in the song is equated to the absence of the voices of the marginalized groups he seems to advocate. What do they have to say about it? How does the Black Lives Matter Movement consider it? One benefit to this song: it starts the conversation about race. As admirable as this may be, it is not enough for the work necessary to confront the issues around racism adequately.

If there is one aspect of “White Privilege II” that I have learned and internalized, it is that there are stipulations to being a white ally. You cannot ignore the races/ethnicities of those around you. You cannot operate within your own self-interest. You cannot minimize the experiences and feelings of people of color, and also you cannot target them for the race differences that may set you apart from them. Recognize your own implicit biases because they exist. Accept that the work will be difficult, uncomfortable, and at times painful. Understand that you will make mistakes, or just be completely wrong in the ally work that you are doing. Live by the fact that you are not just doing this work for minority groups; you are doing this to better humanity. But, you must also learn that you are not alone. You delve into this abysmal work for the justice that is striped from people of color. There are times were we will feel helpless and defenseless, but that is by no means an excuse to stop fighting for the rights of others. Ask yourself: what more can you do?

1 thought on “Can a White Person be a Good Ally?”