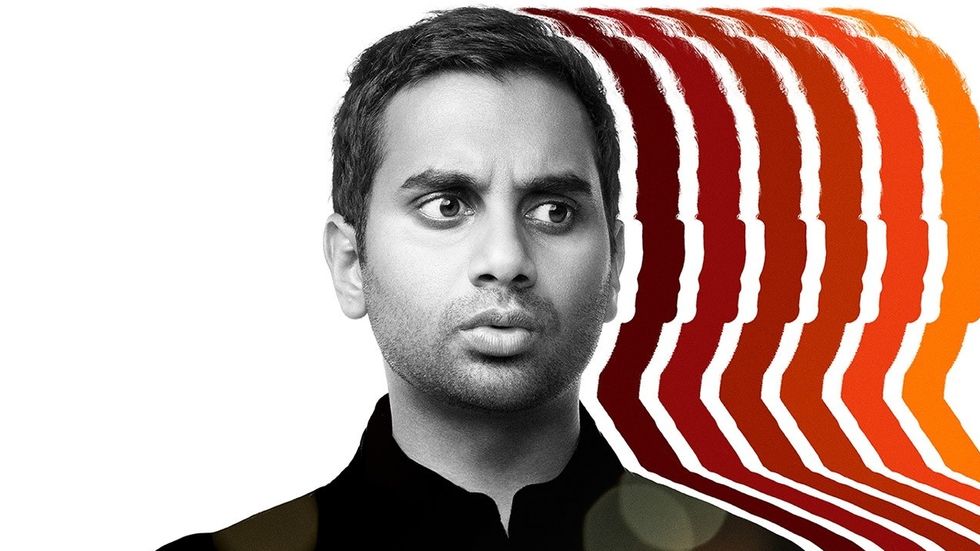 As a lover of comedy and a sometime dabbler, the past few years have given me a new hero: Aziz Ansari. In addition to emerging as an influential feminist, Mr. Ansari has made a name for himself one of the country most prolific comedians- having produced four stand-up specials, co-authored the book Modern Romance with sociologist Eric Klinenberg, starred in the majorly successful Parks and Recreation while accepting roles in other television shows and films, and created and starred in the Netflix Original Series Master of None in just the past few years.

Master of None is my focus here. In this post, I would like to discuss my strong disagreement with an article written in response to a raced-based episode of the show. In the episode, Aziz Ansari’s character Dev, struggling actor, is not given a role he deserves based on his race. We as viewers know that he deserved the role and that race is the reason he did not get it because an email chain from the casting officials was accidentally sent to him. The conversation in the emails included acknowledgement that he and another Indian actor had given the best auditions by far for their respective characters, but that they could not both be cast because two Indians was too many.  The email chain went on to make several racial jokes about Dev and his peer.

Dev’s friends urge him to make this public, saying it will destroy the producer’s reputation.  Dev feels that this plan is hopeless, saying, “People don’t get that fired up about racist Asian or Indian stuff. I feel like you only risk starting a brouhaha if you say something bad about black people or gay people.”  The conversation, a joke-filled one, goes on to include his assertion that “If Paula Deen had said, ‘I don’t want to serve Indian people,’ no one would really care. They’d just go back to eating the biscuits.”

The response article I read about this scene, posted on Black Girl Dangerous, calls Ansari an “anti-black person of color.”  Dev “lashed out at black and gay people” according to the writer.  The scene is wholly anti-black, in this writer’s opinion.

I don’t quite understand where the article’s hostility towards Ansari comes from. It’s not even that I want to defend him by saying “it’s just a joke.” I actually just think that Ansari is right. Do Indian-Americans receive the same amount of representation when they are victimized by discrimination as black Americans do? I don’t think so. I can’t think of a single instance in which a media “brouhaha” in Dev’s words, was made over prejudice against Indian Americans.  “That’s just the availability heuristic talking” I hear someone saying. I actually said the same thing to myself, until I realized that that actually proves my point, and Ansari’s. Uproars over anti-black prejudice do in fact seem to be far more available.

Ansari isn’t trying to say that black Americans are getting too much attention. He isn’t even trying to make a big point about the lack of attention paid to Indian Americans. The rest of the episode doesn’t focus on this comparison. The topic chalks up to one comedic conversation set in a bar. So I think this article is too intense about a handful of lines that take up very little space. But more to the point of whether the article’s claim holds water: is expressing a belief that among people of color, victimized black Americans receive more spotlight than victimized Indian Americans an “anti-black” thing to do?

3 thoughts on “Is Acknowledging Differential Media Treatment of Black Americans and Other Minorities “Anti-Black”?”